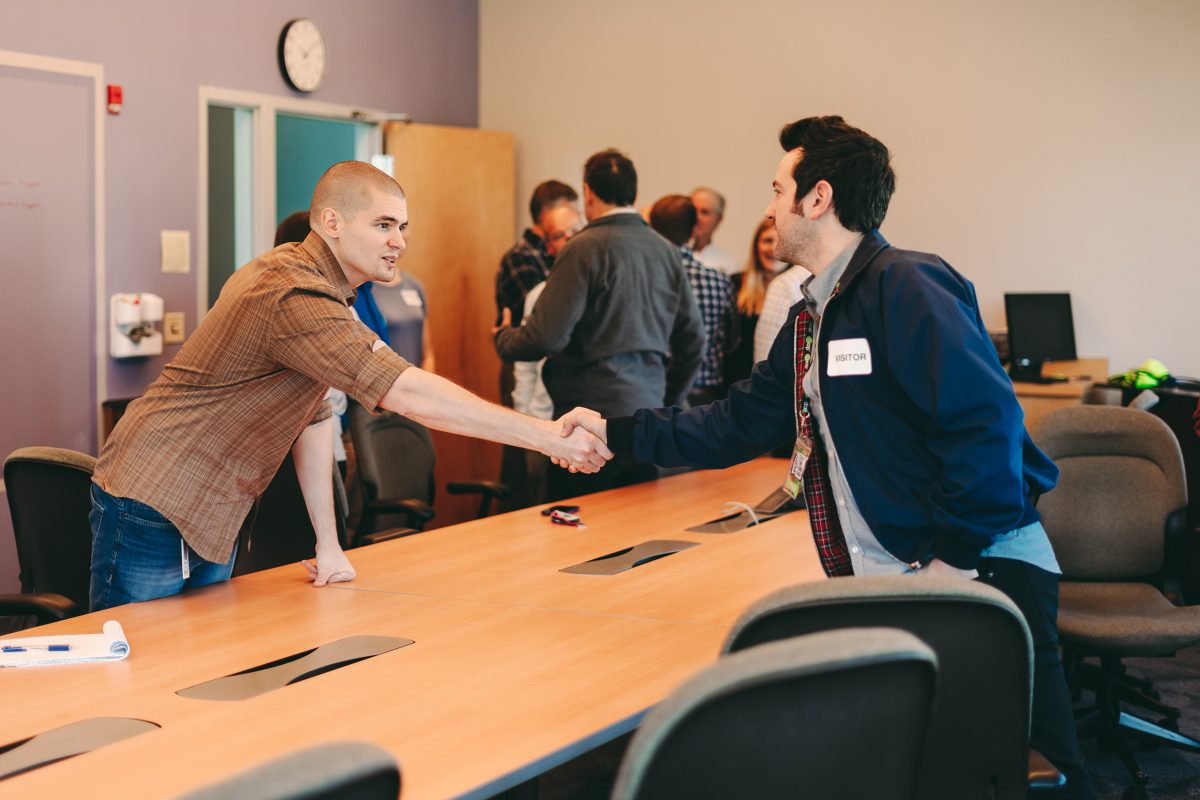 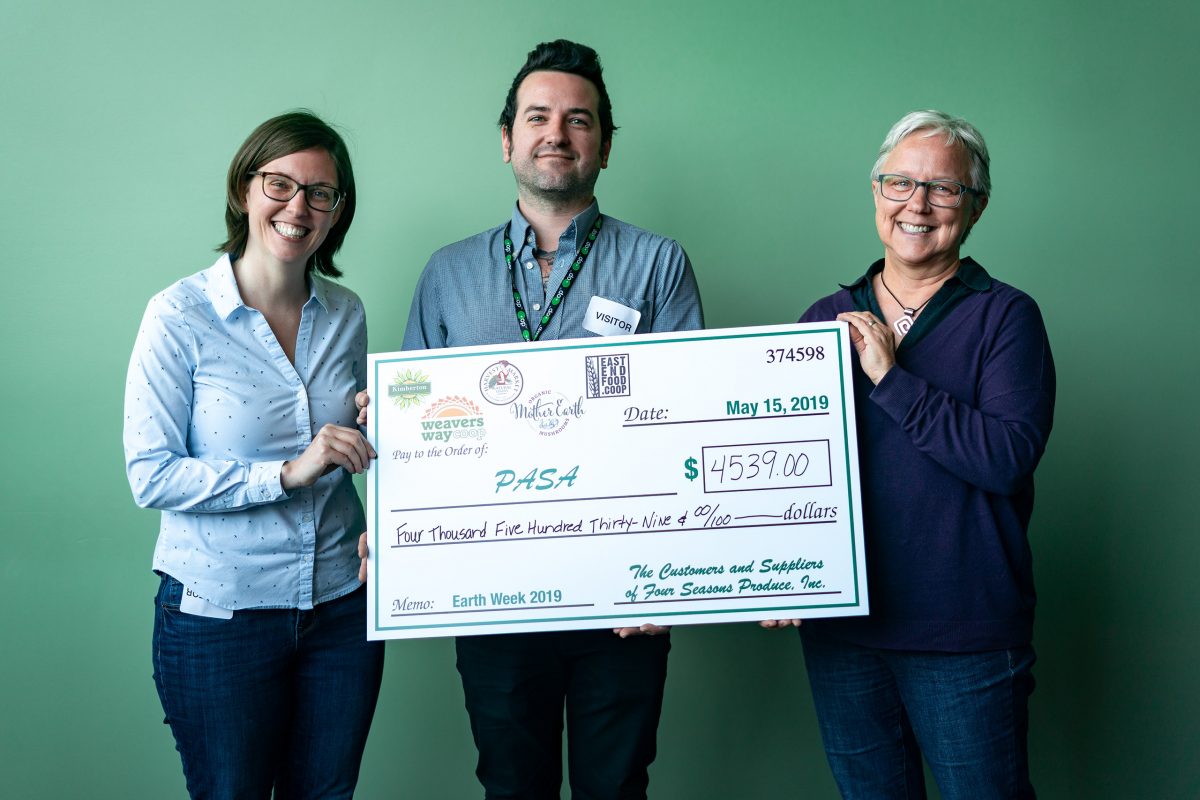 The East End Food Co-op Produce Department is honored to partner with Four Seasons Produce, Inc. to raise money for PASA (the Pennsylvania Association for Sustainable Agriculture) each year during Earth Week. PASA works to build a more economically just, environmentally regenerative and community-focused food system through education and research that directly supports farmers. The Co-op pledged $.25 for each case of produce bought through Four Seasons, as well as $1.00 for each case of Lady Moon Organics and $.50 for each case of Mother Earth Mushrooms that we purchased through Four Seasons between April 22-27. This year the East End Food Co-op raised $336.50, an increase from last year’s $237.50.

On May 15, I traveled to Ephrata, PA (home of Four Seasons) for a check presentation and facility tour hosted by Four Seasons General Manager Jon Steffy and other members of the Four Seasons staff. I joined representatives from Lady Moon Farms, Mother Earth Farms, Kimberton Whole Foods, Weaver’s Way Co-op, and Harvest Market Natural Foods Stores in Delaware. Together, we presented PASA with the fruits of our collective efforts — a total of $27,760 to support sustainable farming. PASA was truly moved and grateful for the support.

Ephrata is in Lancaster County, nestled in the heart of Pennsylvania Amish country. It’s a perfect backdrop for Four Seasons’ organic distribution center. Surrounded by lush farmland, you really feel a connection to the earth and the food system we are all a part of here in PA. Not to say Four Seasons is a rural, small-town operation; their refrigerated warehouses (partially solar-powered as of July 2018) are very impressive. The volume of produce going in and coming out of there is a sight to behold. Encompassing 30+ loading docks, a cafeteria and marketplace for staff, a driver’s lounge and employee ping-pong tables (yes, you read that correctly), Four Seasons is a bustling campus.

After the tour, we were treated to a tasty lunch from a local catering company and to a spread of delicious fruit from Four Seasons. The real treat, though, was the quality time conversing with the great minds assembled in that room — like Terry Brett from Kimberton Whole Foods, who has been on the retail side of organic food sales in PA since before I was born. It was a pleasure to hear his stories about visiting farms in California and Europe over his entire career. As a group, we discussed a variety of topics, passions and pursuits. Many of us share the same challenges around efforts to reduce plastic use in our stores, warehouses, and packing plants; educating ourselves and our customers around the differences (or lack of) in organic certifications (soil-grown vs. hydroponic, etc.); filling open positions in the current job market; and the joy we all find in wonderful, healthy food.

Overall, it was a great day spent among colleagues from all aspects of our food system: growers, wholesalers, retailers, co-operatives and the invaluable resources provided by the work PASA does. We look forward to continued support of PASA and an even more “fruitful” relationship with Four Seasons.